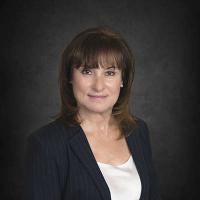 During law school, Ms. Mai participated in the work-study program, volunteered at Jacksonville Area Legal Aid, completed an externship at Florida Department of Environmental Protection and was an active member of the Women Law Students Association. She graduated from Florida Coastal School of Law with Pro Bono Honors in 2014. Ms. Mai is admitted to practice law in the State of Florida. Ms. Mai began her practice of law in the area of Estate Planning, Probate and Business Law. She expanded her areas of practice to include personal injury when she joined a personal injury law firm and then transitioned into solo practice, during which time she added e-discovery to her skill set. Ms. Mai is now working in the Complex Litigation Group in the Jacksonville office of Morgan & Morgan where she focuses on the national opioid litigation.