Our whistleblower team announces that an Orlando-based rehabilitation center and an orthopedic surgeon have collectively agreed to pay $1.5 million to resolve a client’s lawsuit alleging the facility and the doctor violated the Stark Law and Anti-Kickback Statute.

Whistleblower attorney James Young and lead investigator Lee Walters, a retired FBI special agent, along with the whistleblower team worked closely with their client to gather evidence and build a case to expose the alleged fraud scheme. AUSA Jeremy Bloor and agents from the U.S. Department of Health and Human Services, Office of Inspector General, worked tirelessly to determine the full scope of the fraud.

“Mr. Montes de Oca was able to show us how the fraudulent scheme was set up and provide us with important documentation to support his allegations,” Lee Walters said. “He went over and above what was required to make sure the government fully understood the issues and scheme that was ongoing and provided continuing assistance as the fraud was being investigated. Without Mr. Montes de Oca, this scheme would have never been discovered and would still be costing the taxpayer untold amounts of money and robbing patients of the ability to choose the best option for their health care.”

“Our client, Mr. Montes de Oca, was just starting his career in the healthcare industry, a career he truly felt called to,” attorney James Young said. “Immediately after being hired by the defendants, he questioned some of the relationships with various physicians and as time went on realized these financial relationships violated federal law. Without people like Mr. Montes de Oca who bravely come forward to report bad practices, these types of fraudulent schemes would continue unchecked for years on end.”

With Montes de Oca’s help, the team was able to provide numerous examples of where a fraudulent financial relationship existed between the defendants to the government, according to Young.

“This case relied on information known to very few people, and fortunately our client was brave enough to speak out about what the defendants were doing was wrong,” Young said. “The government would not have discovered this during a routine audit as documentation had been falsified to make it appear as though the financial relationship between the defendants was proper. The sad reality is that fraud is everywhere in healthcare. All it takes is people brave enough to speak truth to power and expose these schemes. We all benefit by rooting out the bad actors,” added Young.

A Contingency-Fee Act of Justice

People who are thinking about filing a whistleblower lawsuit aren’t in it just for the money. Some aren’t thinking about money at all. They take fraud seriously and recognize the damage it is doing: a waste of taxpayer dollars and destruction of the very fabric of society. That said, the compensation you can get from a resolved lawsuit can be a great reward for a whistleblower’s dedicated contribution to our way of life.

Our team is ready to try to help you right the wrongs that plague our society. Morgan & Morgan’s Whistleblower Team pays for all expenses incurred in a whistleblower lawsuit, including travel and hiring expert witnesses, among other things. Contact us today. 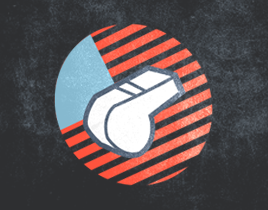